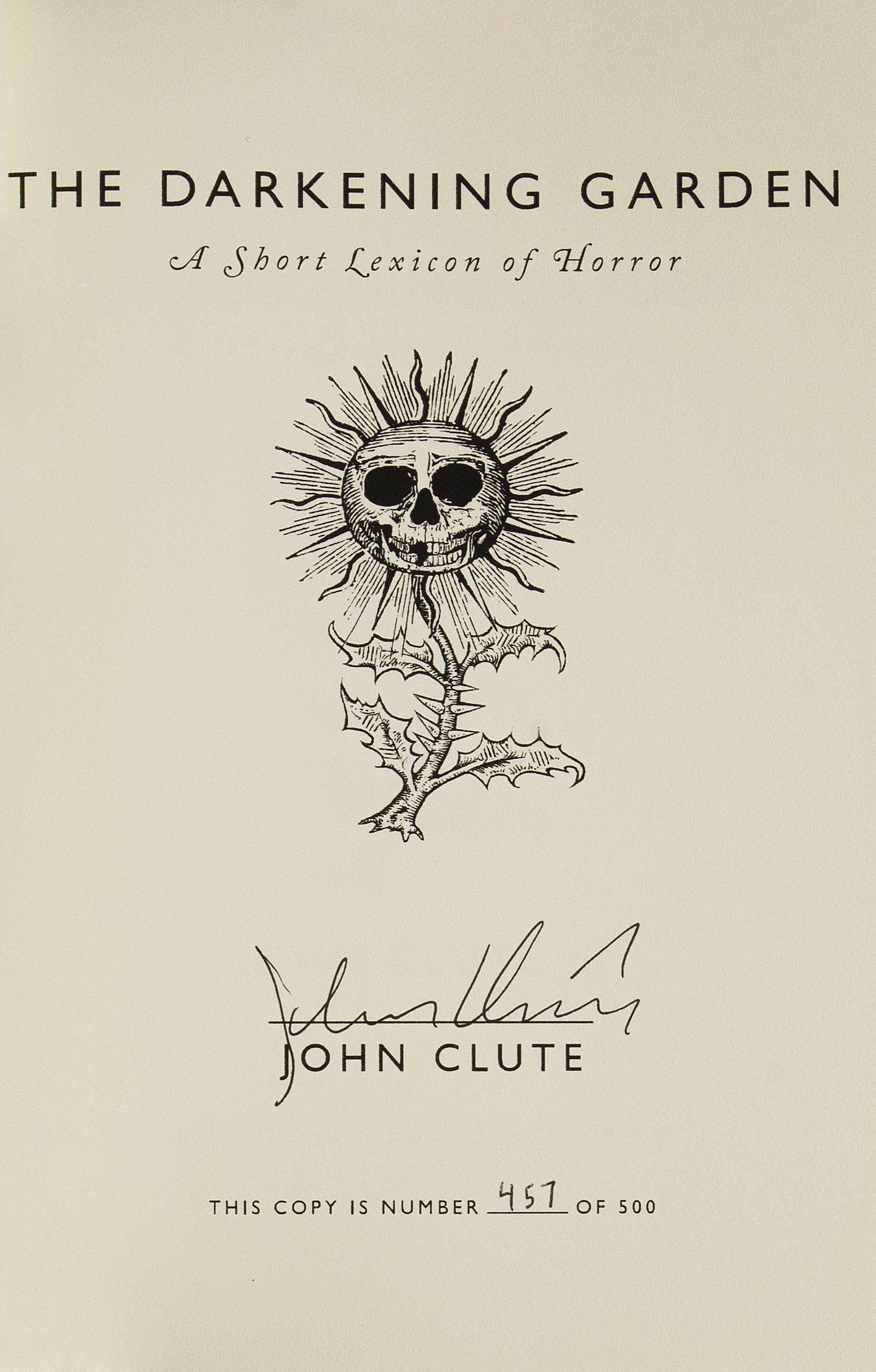 The Darkening Garden builds upon Clute’s distinctive critical vocabulary, and its definitions are so rich in allusion that it functions as an encyclopaedia in miniature. In its discussion of Conrad’s Heart of Darkness, Clute demonstrates his willingness to reassess earlier findings.
This edition was illustrated by thirty artists, each illustrating a descriptive term. The Postcards of Doom reproduce the illustrations and were issued as a set in conjunction with The Darkening Garden.