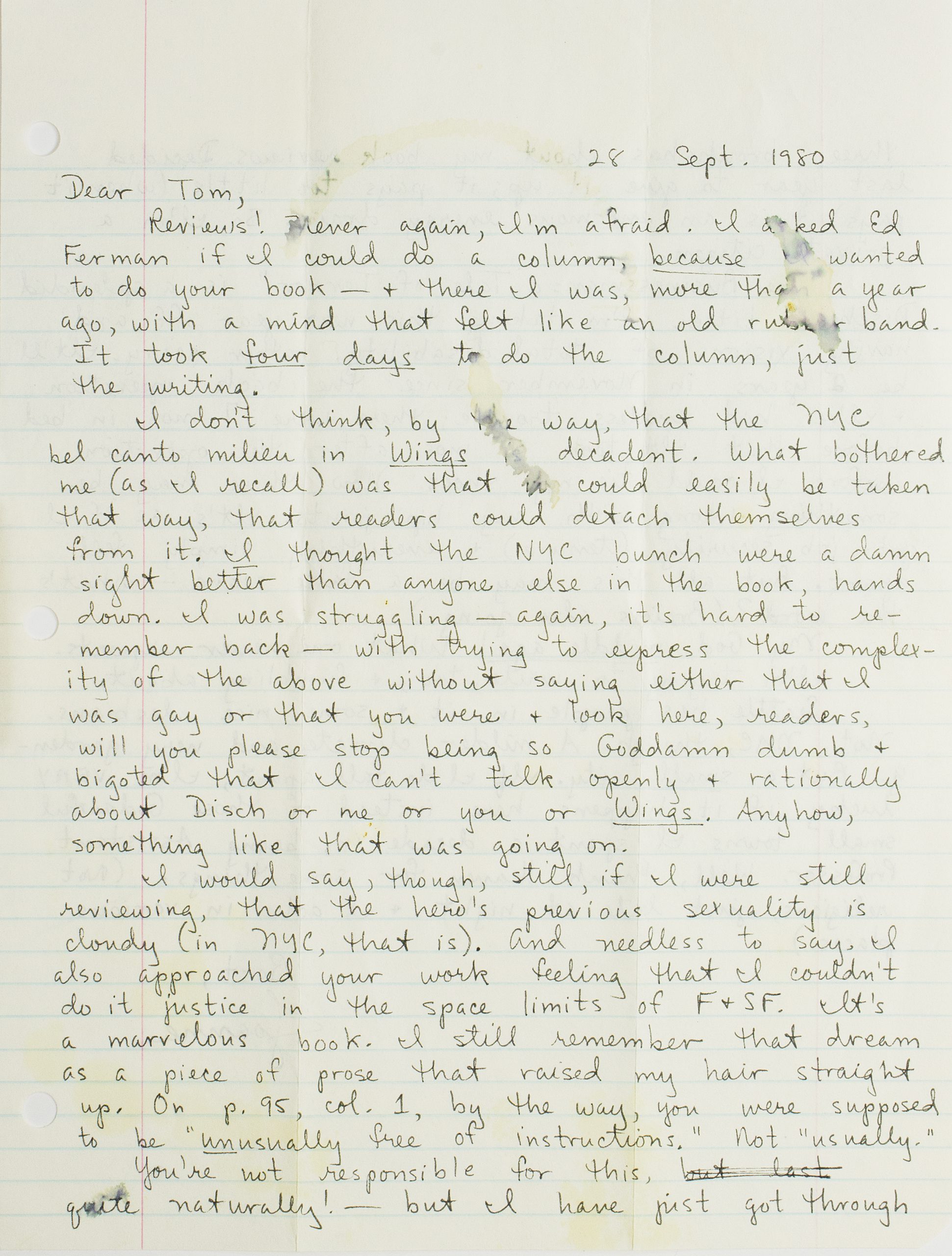 Joanna Russ (1937–2011) is the rainy night sky when the whole box of fireworks goes up at once, a blazing angel saying, Look! She was one of the fiercest intellects in science fiction in the 1960s and 1970s, a writer of excellent short fiction and one of the best critics of contemporary work and earlier authors. Ill health largely curtailed her fiction and critical writing after the early 1980s.

She writes her friend Tom Disch, whose novel On Wings of Song (1979) she had just reviewed: “Reviews! Never again, I’m afraid.”