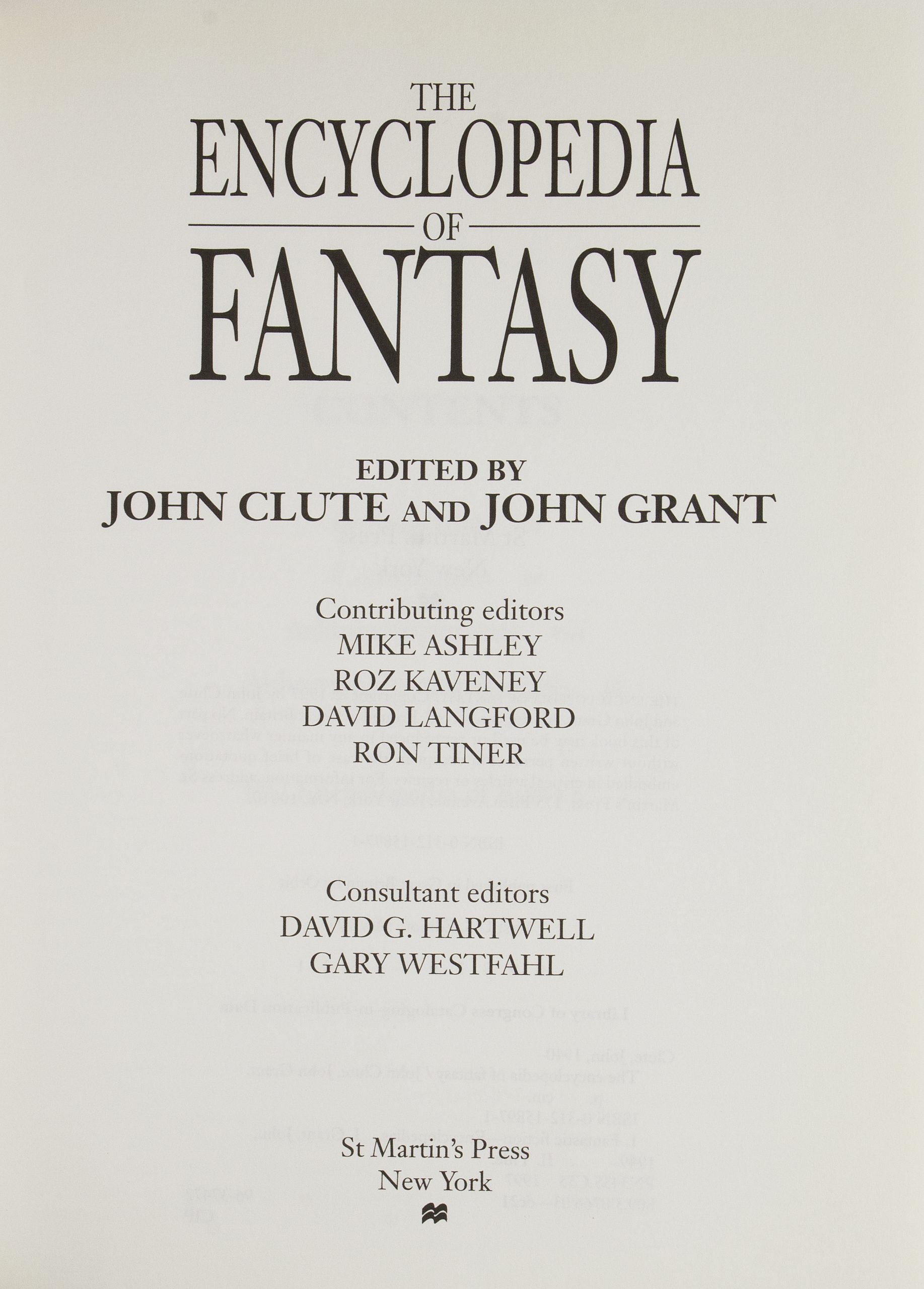 John Clute, Canadian-born author long resident in London, is a brilliant critic of science fiction and what he calls “fantastika,” or “that wide range of fictional works whose contents are understood to be fantastic.”

To produce an Encyclopaedia is essentially a political act: to strike a spark into the tinder-dry edifice of the ancien régime (in the case of Diderot’s Encyclopédie), or, in the case of The Encyclopedia of Fantasy, to throw open the doors of the labyrinth and propose a new way of approaching the literature of the fantastic. Clute embeds a revolutionary vocabulary of criticism within The Encyclopedia of Fantasy, in such entries as Polder, Thinning, Belatedness, Arabian Nightmare, Crosshatch, Little, Big, and Recognition.

Clute is also the prime mover of the vast and authoritative Encyclopedia of Science Fiction (or SFE), now an online resource. It is impossible to consider the recent history of the field without encountering Clute’s ideas and writings.