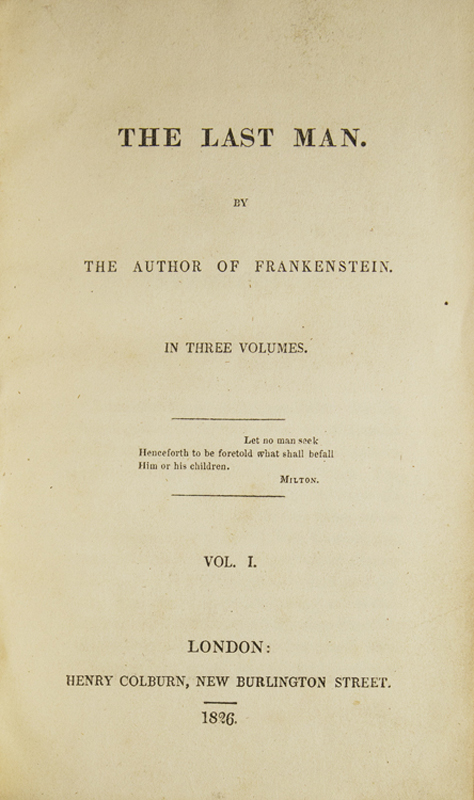 Mary Shelley. The Last Man. By the Author of Frankenstein. London: Henry Colburn, 1826.

The Last Man is the first secular apocalypse and is Mary Shelley’s other important contribution to science fiction. The Last Man is a tale of republican Britain at the end of the twenty-first century, when a plague from Asia spreads across Europe and kills all humans, except for the narrator, Lionel Verney. Mary Shelley began writing the novel in 1824 after she learned of the death of Lord Byron, and The Last Man is notable for its idealized portraits of P. B. Shelley and Byron “in the bright days of his youth.”