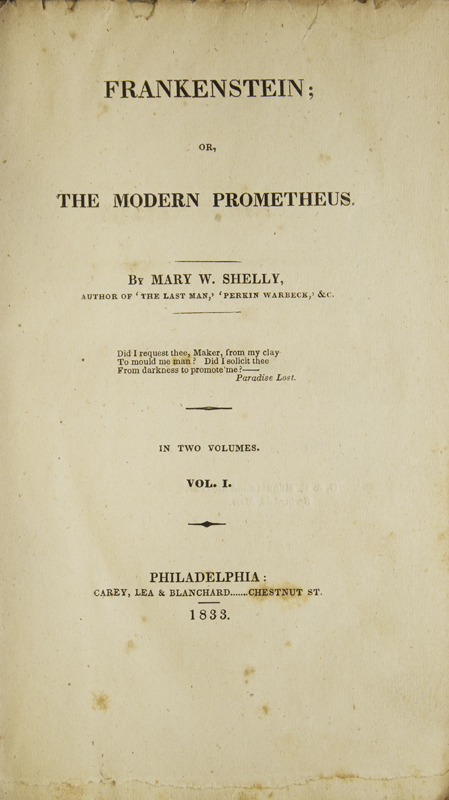 The origins of Frankenstein are well known. In the summer of 1816, Mary Shelley, a brilliant teenager, began her novel of a medical student who creates an artificial human being and endows him with life. Victor Frankenstein is frightened by the “daemon” he has created. The monster learns to read and speak, and confronts his maker, who rejects him. The monster pursues Frankenstein across Europe, leaving a trail of death, and chases Victor into the Arctic. With the stage production of Presumption! Or, the Fate of Frankenstein in 1823, Frankenstein’s monster stepped from the pages of Mary Shelley’s book into the world’s imagination.