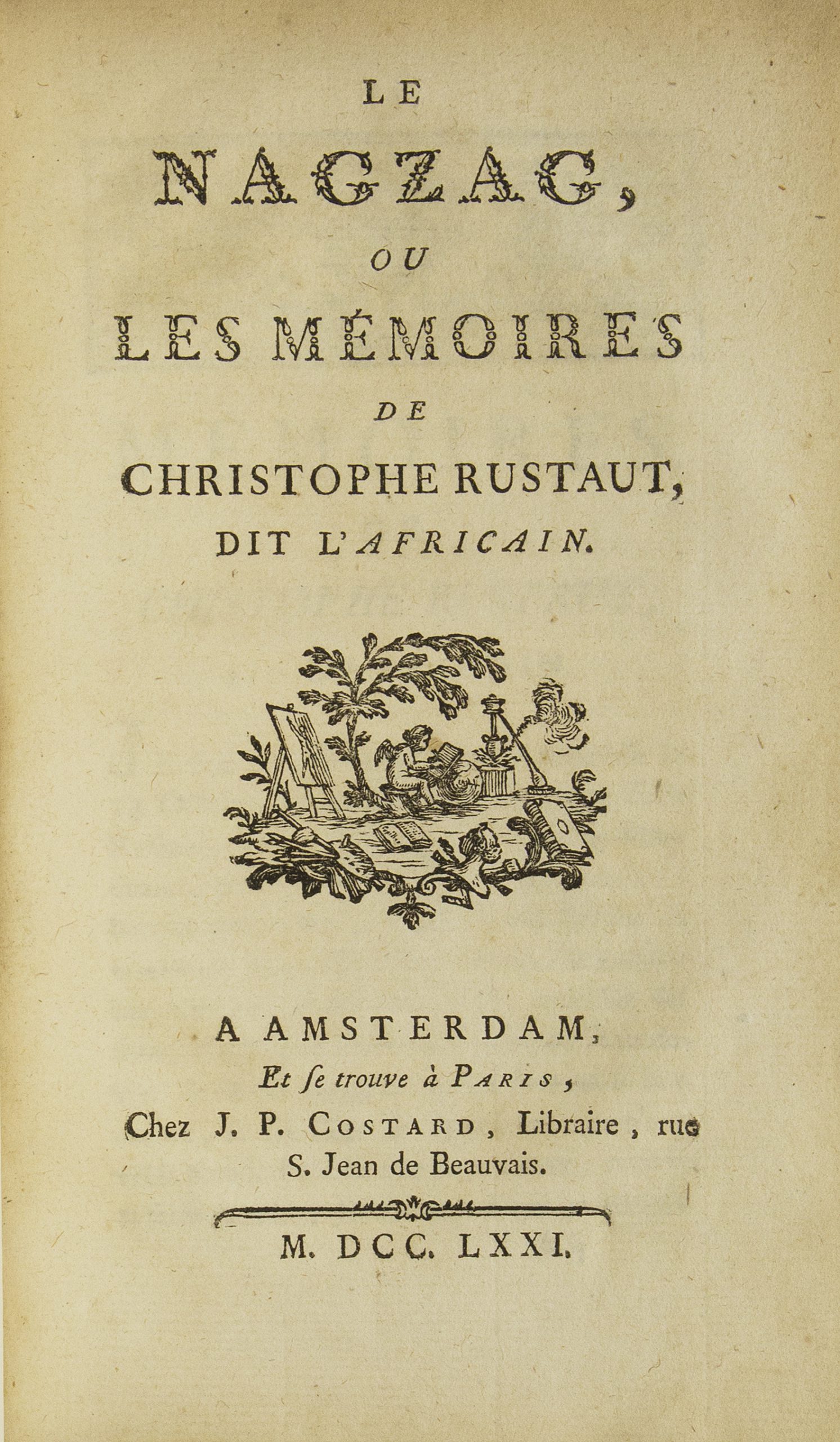 An interesting variation on the imaginary voyage. Shipwrecked on an island off the coast of Sofala in southeast Africa, the narrator sees a footprint is on a deserted beach. One might think of Robinson Crusoe, but Le Nagzag moves into new terrain. Christophe and his companions are welcomed by an old couple in vigorous health. They eat a green leafy herb with extraordinary medicinal and nutritional qualities. The herb, nagzag, produces an intensely stimulating warmth and excites sexual desire in men and women alike. All live together without jealousy, and the properties of nagzag and the country’s history are told in a series of nested narratives. The castaways build a ship to return to the Cape of Good Hope, but it sinks off shore with the loss of the cargo of nagzag leaf and seed. Nagzag is one of the first imaginary drugs in post-classical literature. The work has not yet been translated into English.