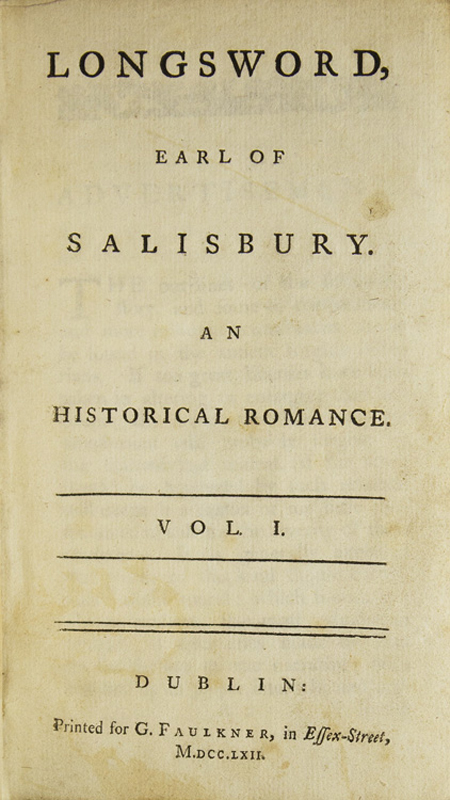 The first Gothic novel, published before the literary mode even had a name. Here, fully formed at the outset, are most of the tropes of the Gothic literature that enchanted European readers: evil monks, menaced maidens, imprisonment in castles and monasteries, infant kidnappings, “secret malignity,” poisons, and wild coincidences. the gothic sensibility is a re-appropriation of history, seeing the past through new lenses. For the next half a century, writers produced variations on these themes, sometimes with ingenuity and sometimes simply in imitation of earlier authors. Longsword makes no use of the supernatural, but it must also be classed as the first work of horror literature: the torments that the countess Ela suffers are at the hands of monsters in human form.