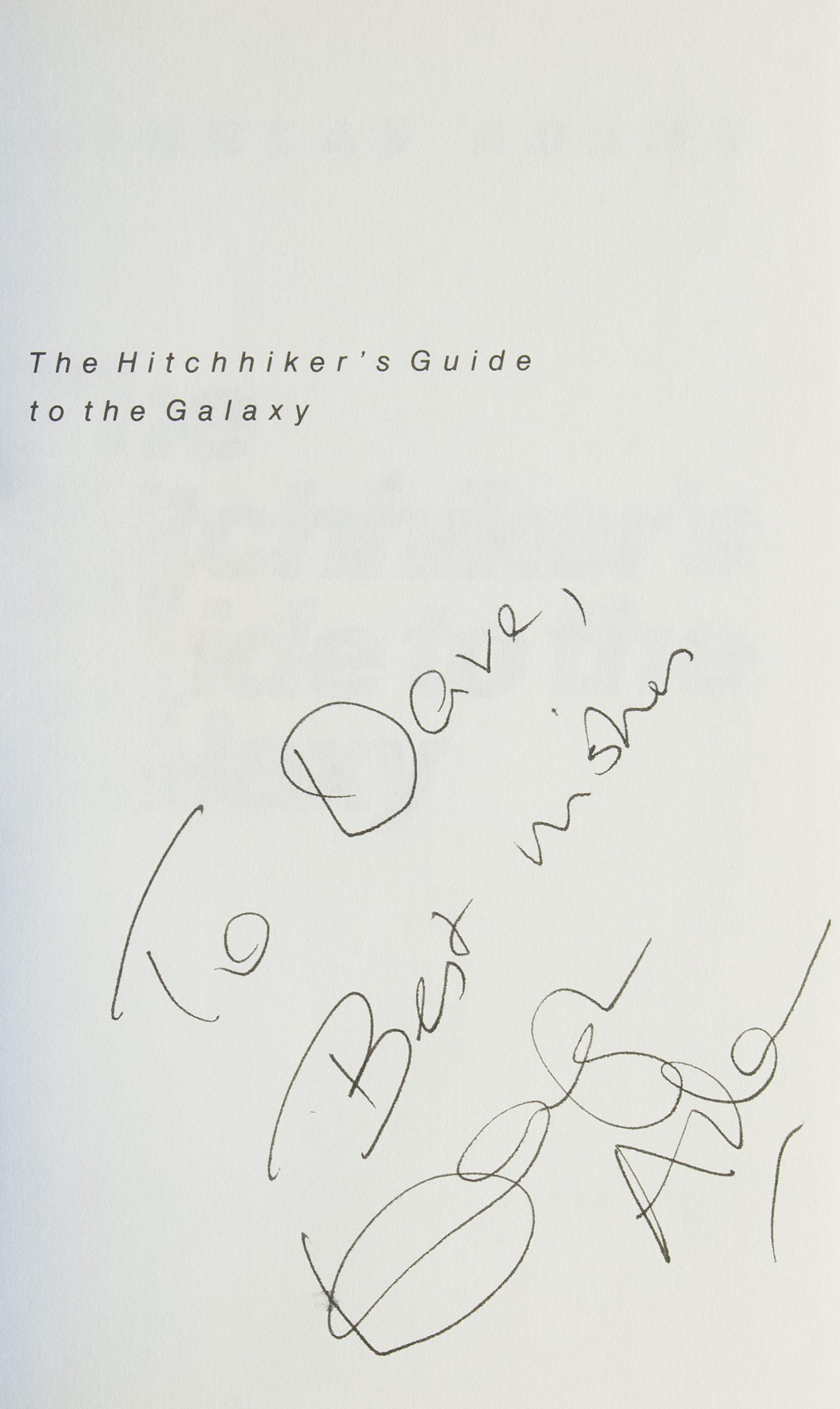 The comic misadventures of gormless Earthling Arthur Dent, as he travels the galaxy with Ford Prefect, a guy “who really knows where his towel is.” Based on on the BBC radio show, this novel mocks the militaristic tendencies and standard characters of pulp science fiction, all of which persist in film.

In many ways, The Hitchhiker’s Guide to the Galaxy is the complete opposite of Star Wars — call it Star Peace — and in that respect it is in the line of the British New Wave: a British answer to American dominance. Douglas Adams freely acknowledged the influence of the work of Robert Sheckley.

First American edition, inscribed by the author to David G. Hartwell on the half-title page.