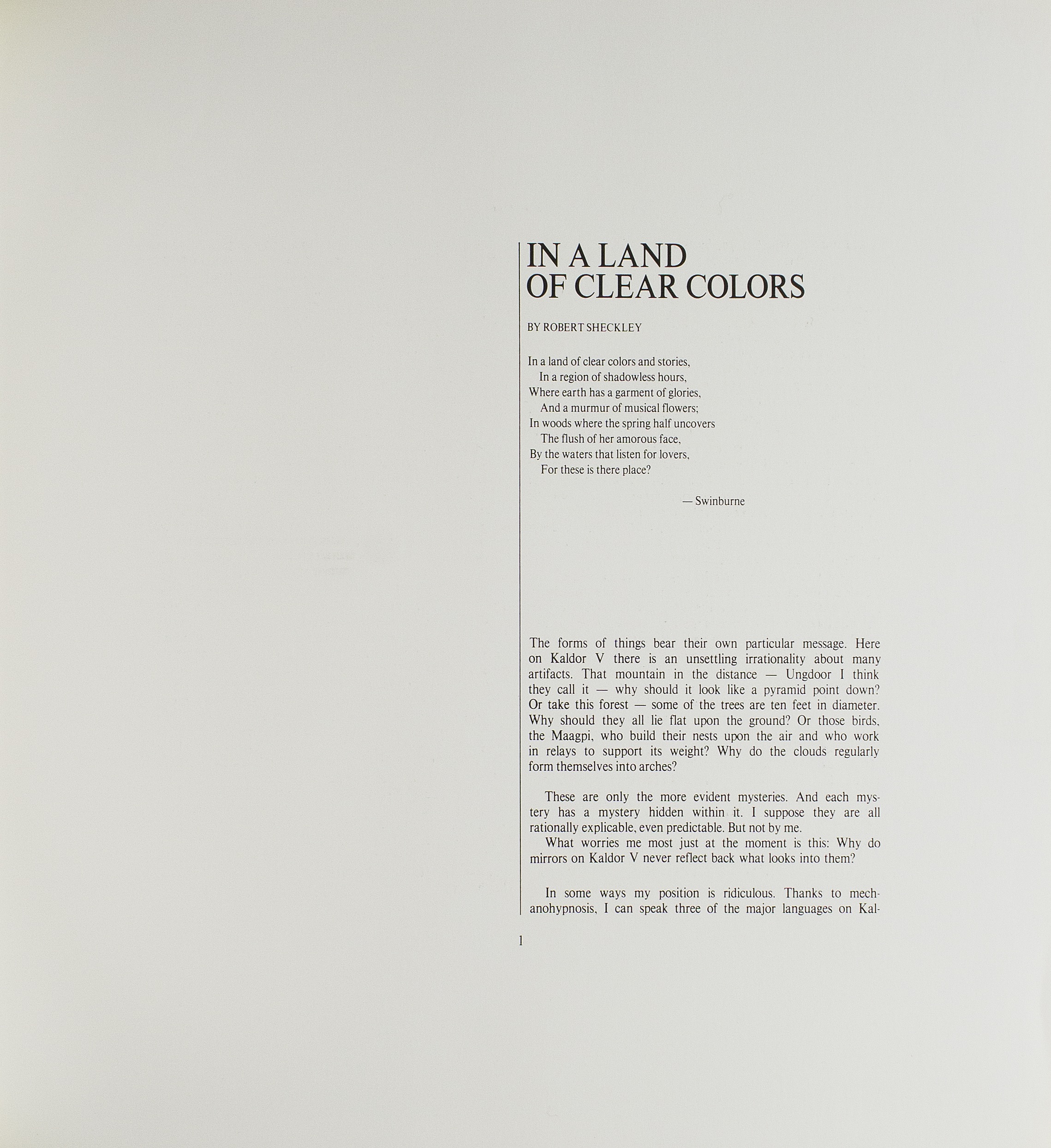 Robert Sheckley (1928–2005) is the master satirist of late twentieth-century science fiction. A prolific short story writer during the 1950s and early 1960s, Sheckley’s humor mocks many of the preoccupations of science fiction: exploration of planets, first contact with aliens, life on board spaceships, and other standard situations and plots from pulp fiction and turned them into something else. In a Land of Clear Colors is humorous tale of interstellar exploration, balancing a comedy of intercultural misunderstandings against a genuinely moving tale of a man who finds the world changing in ways he can never quite grasp This multimedia album features early ambient music by Brian Eno. The album was produced through an art gallery in Ibiza in the Balearic Islands. There must have been some great parties.