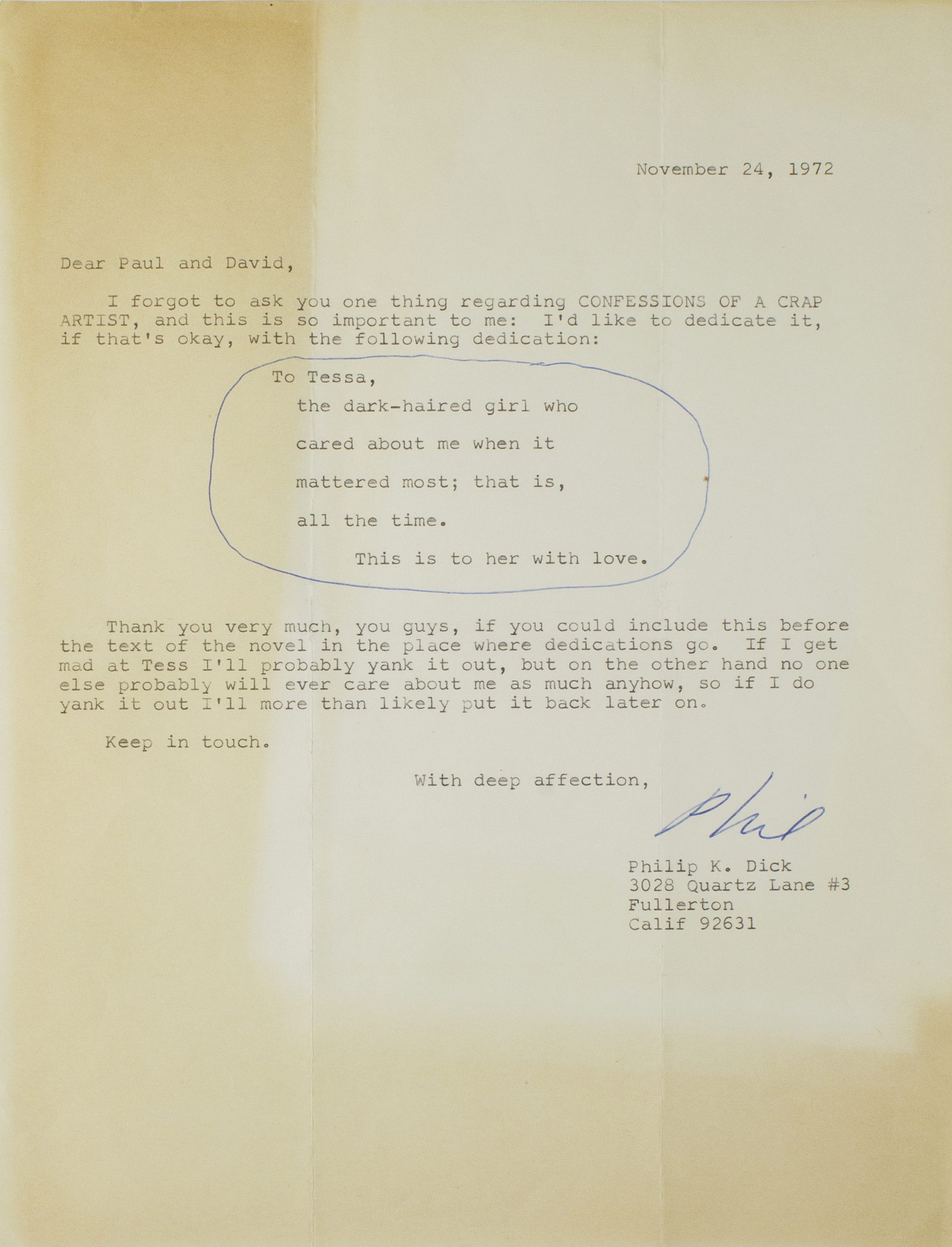 This letter is the dedication page for Dick’s novel Confessions of a Crap Artist, which he wrote at about the same period as Time out of Joint, but which was not published until 1975. Biographer Lawrence Sutin called it “Phil’s first novel to put multiple narrative viewpoints to wild work.”

Dick was known chiefly in the science fiction community until 1975, when Paul Williams’ interview and profile in Rolling Stone made him a national figure. He died of a stroke in 1982, aged fifty-three, just after the release of Bladerunner, based on his 1968 novel Do Androids Dream of Electric Sheep? It was the first of many film adaptations of his work. Critic Fredric Jameson has called him “the Shakespeare of science fiction.”