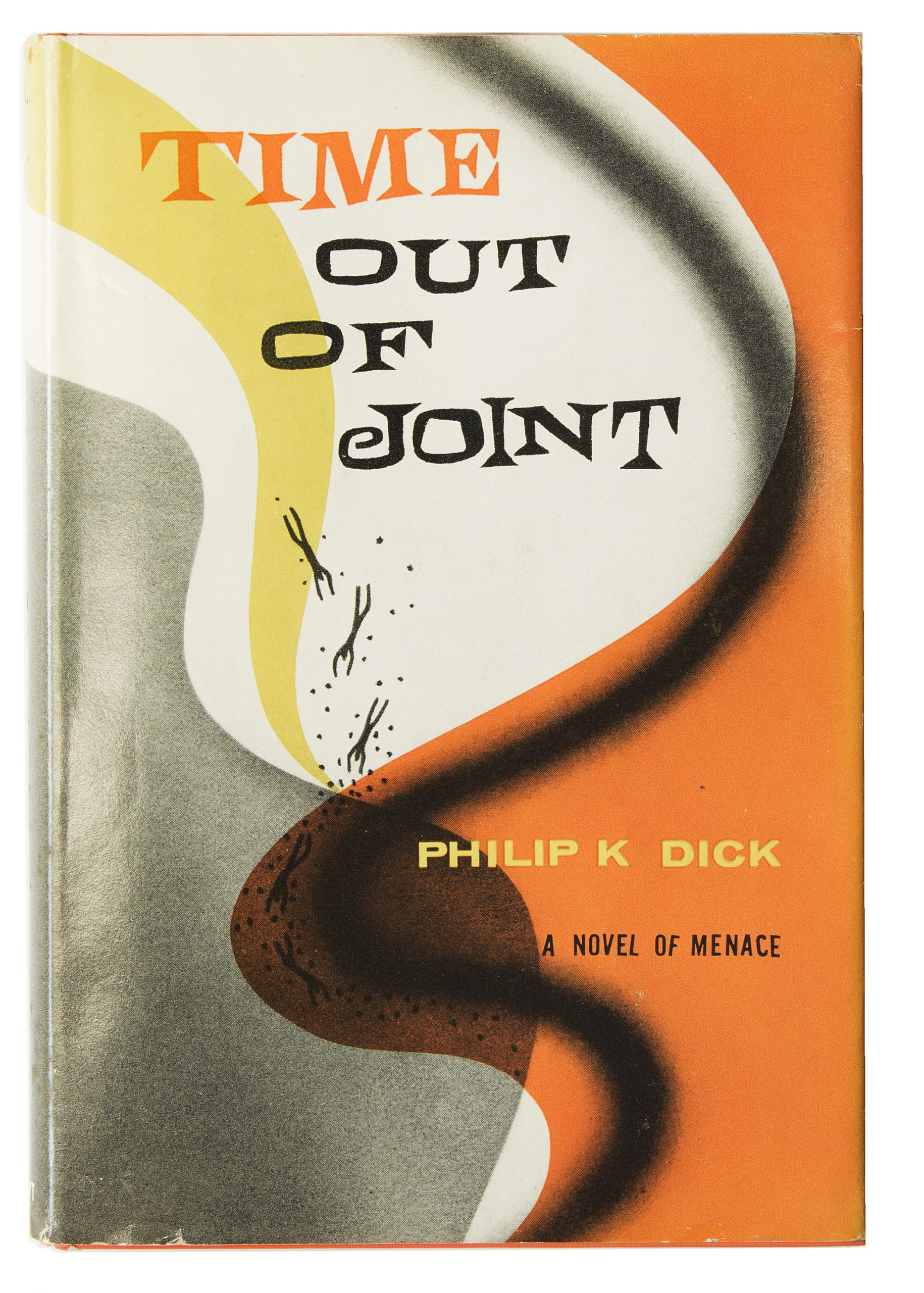 Philip K. Dick (1925-82) lived in California most of his life. He began writing short stories in the early 1950s and soon became a prolific novelist. He won the Hugo award for The Man in the High Castle (1962), about an alternate America after an Axis victory in the Second World War.

Time out of Joint is my favorite among Dick’s early novels for its detailed picture of life in the late 1950s (the world before I was born). Ragle Gumm is a layabout who lives with his married sister and drinks warm beer while he plays a newspaper contest. As national champion of Where Will the Little Green Man Be Next? Gumm earns just enough money to make his contribution to the middle-class household. His world soon falls apart and he learns that it is not 1959 but 1998, and he is Ragle Gumm, a businessman who volunteered to lead the war effort of the One World Government against a rebellious lunar colony, and who has gone insane under the pressures and contradictions of prosecuting a civil war.