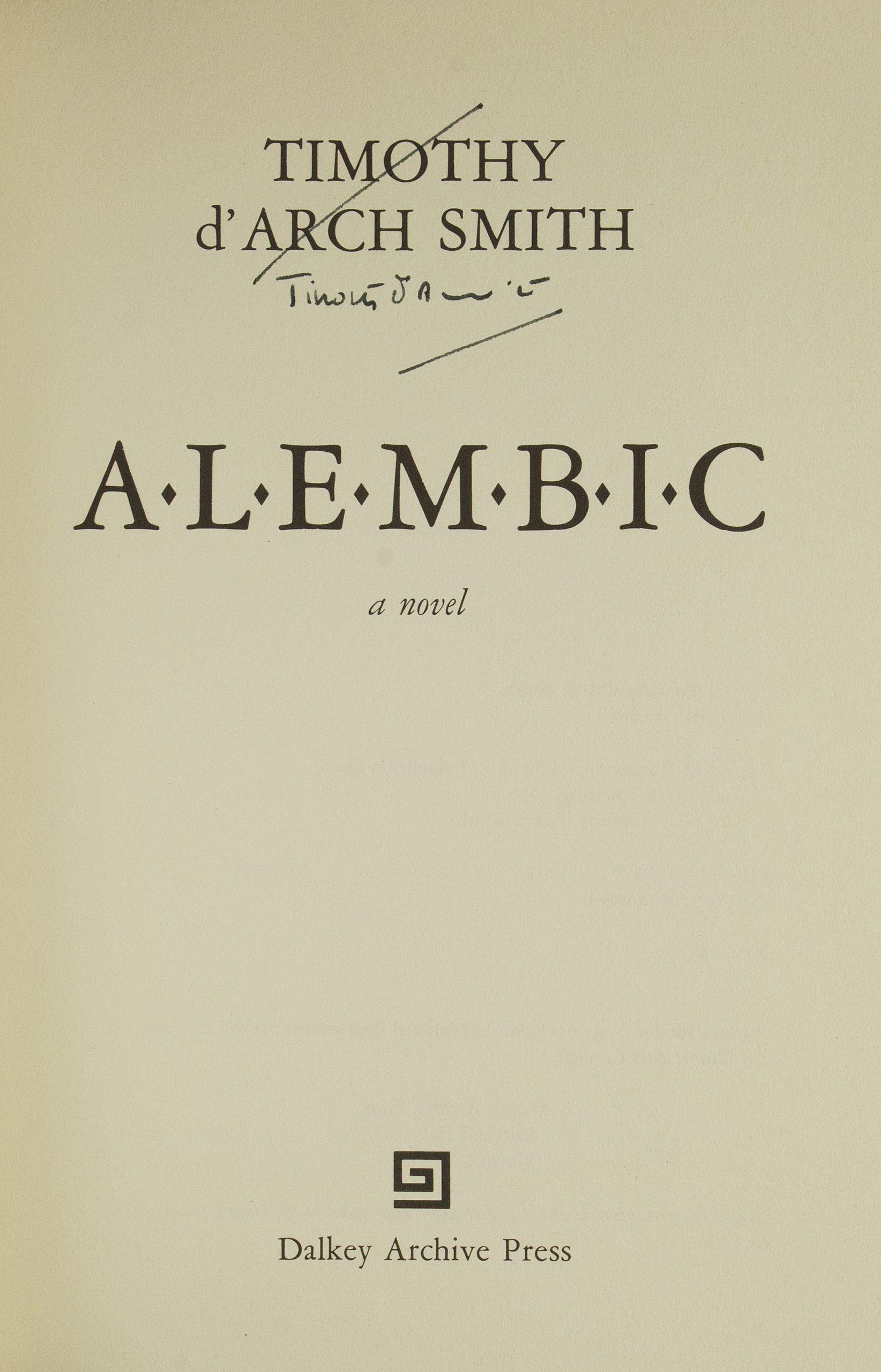 The science in London antiquarian bookseller Timothy d’Arch Smith’s Alembic is early modern alchemy in the service of a modern bureaucratic state, and the rock ’n’ roll is Celestial Praylin, a band on the scale of Led Zeppelin. The antics of Nicholas Sparks, depraved megastar frontman of Celestial Praylin, the crazed adoration of the fans, and the scary manipulations of the government office of experimental alchemy are reported through the eyes of Thomas Graves. Graves is an antiquarian bookman, and the sort of overly sensitive, self-centered post-adolescent person who is the ultimate novel protagonist — so long as he survives the events and grows up to tell the tale.

The author portrait is by Duncan Andrews. Signed by the author on the title page, inscribed on the first blank, “To the Man Ray of Lexington Avenue . . .”; also signed by Duncan Andrews on the flyleaf, and with his original color photograph of the author.