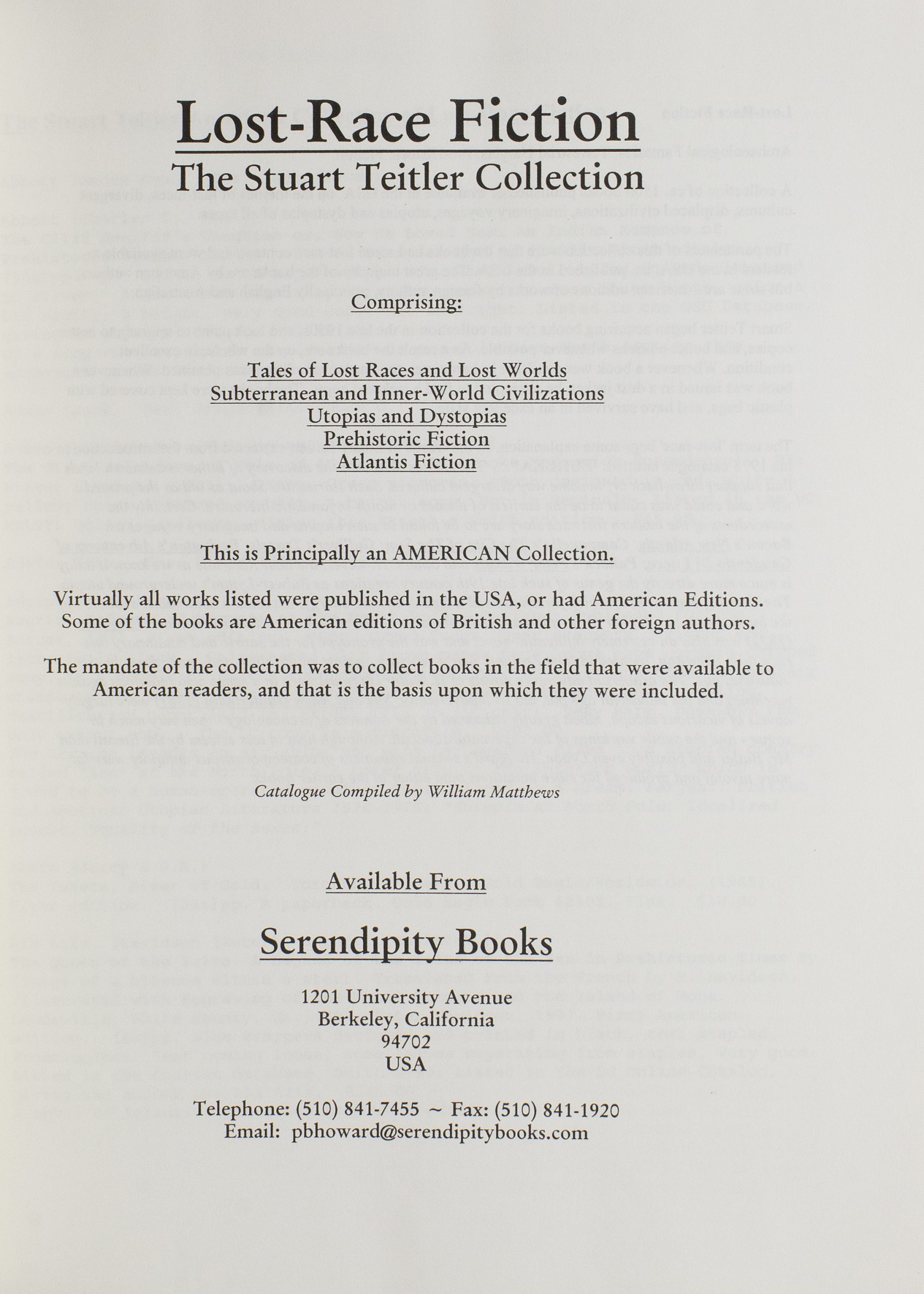 Catalogue of the American lost-race fiction of west coast book scout and collector Stuart Teitler (1940-2012), whose axiom was “don’t look for books, look at them.” Teitler was contemptuous of the well-trodden pathways of collecting, and was also reputed to be indifferent to condition. The lost-race genre had its heyday from the 1870s to the aftermath of the Second World War.

Published by Berkeley bookseller Peter Howard in an edition of ten copies.