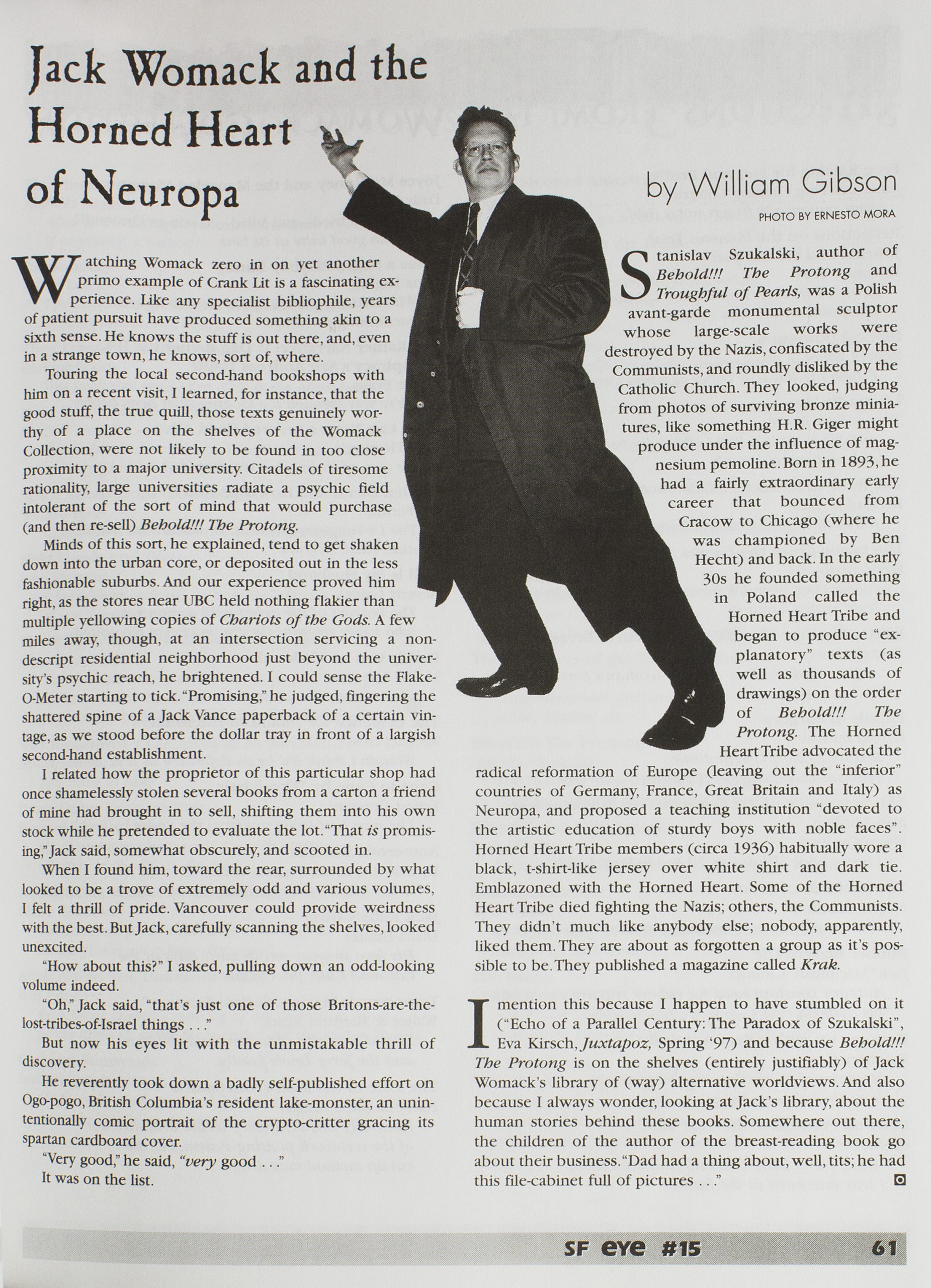 Jack Womack, Kentucky-born and resident in New York since the 1970s, published a series of scathing novels of corporate capitalism unleashed. Ambient (1987) and its successors are a portrait of America as Saturn devouring his own children. Womack’s ear for American speech is as acute as his ability to chronicle dystopia while it is occurring. Womack’s gravelly drawl and sardonic humor are part of American science fiction.