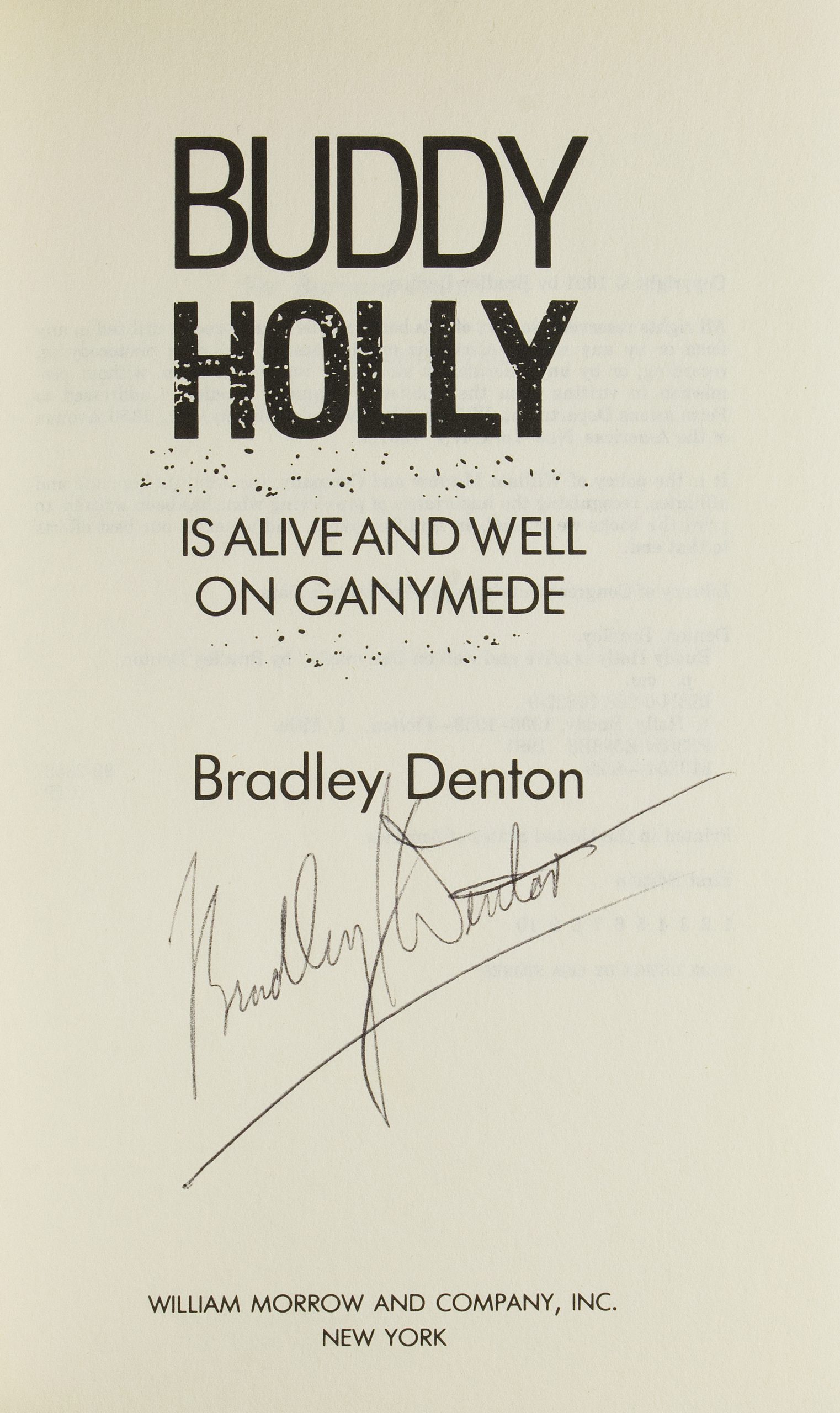 Bradley Denton’s great comic novel, Buddy Holly Is Alive and Well on Ganymede, is the tale of the hapless loner Oliver Vale, movie buff, motorcyclist, and child of rock ’n’ roll living in northeast Kansas. While whanging his Sky-Vue satellite dish with a crescent wrench in hope of a better TV signal, Vale finds himself at the center of a galactic power struggle. Buddy Holly, who died in a plane crash in 1959, is broadcasting to every television on the planet, and mentioning Vale’s name and address in between songs.