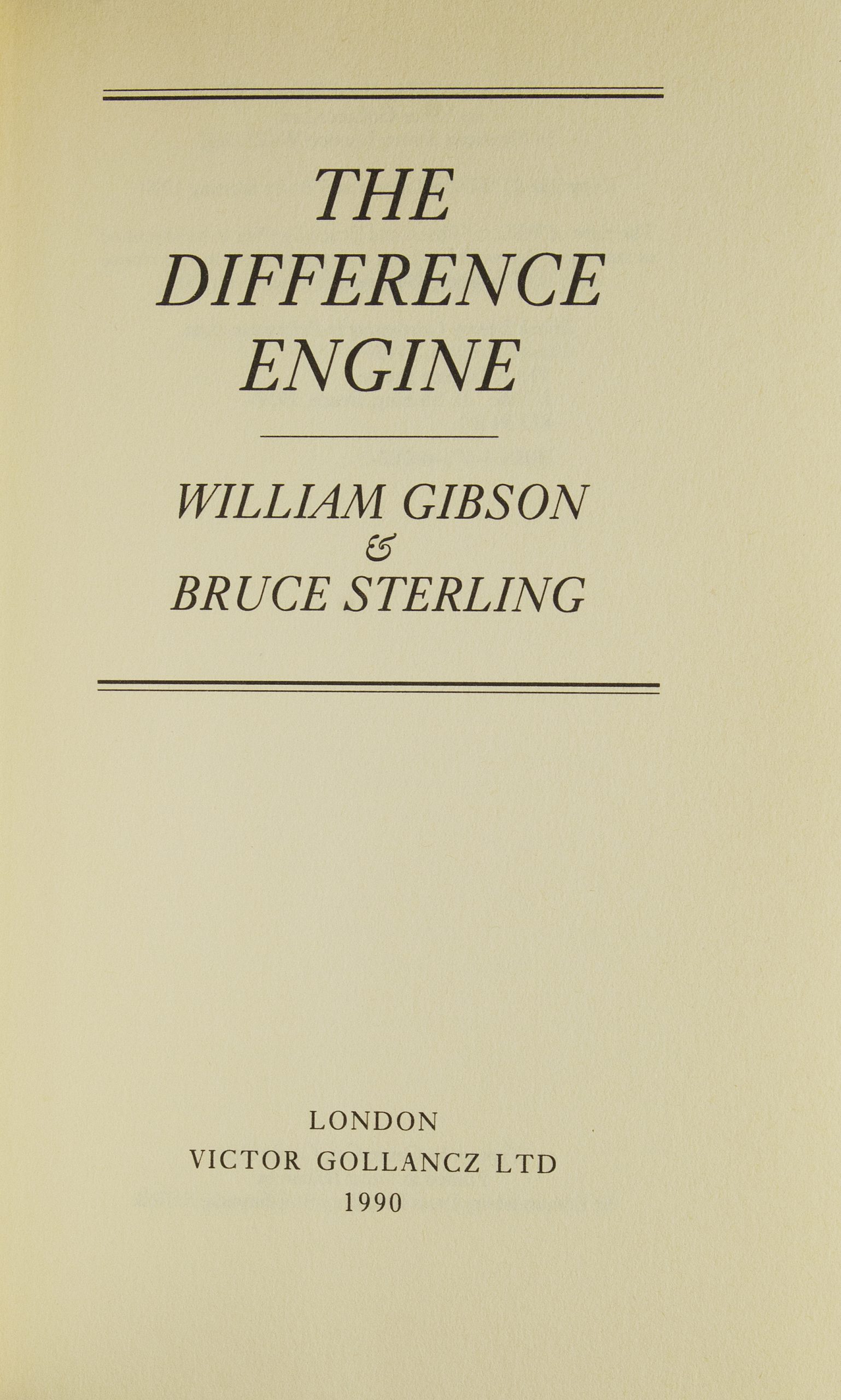 In The Difference Engine, William Gibson and Bruce Sterling took the punk attitudes and the ideas of computer-induced social change and went back in time to write an alternate history. The novel charts a digital society based upon the successful exploitation of the analytical engines of Charles Babbage. The disruptions to the Victorian world order are plain to see and point to a panopticon surveillance society. Other writers had been working on alternate Victorian and Edwardian worlds, including K. W. Jeter (who coined the term “steampunk” in 1987), James P. Blaylock, and Rudy Rucker.

Tom Disch praised The Difference Engine as “genre-transcending,” and with this book steampunk caught the popular imagination. In the last decade steampunk has leapt the fence from science fiction to carry a wider meaning in fashion and visual style.