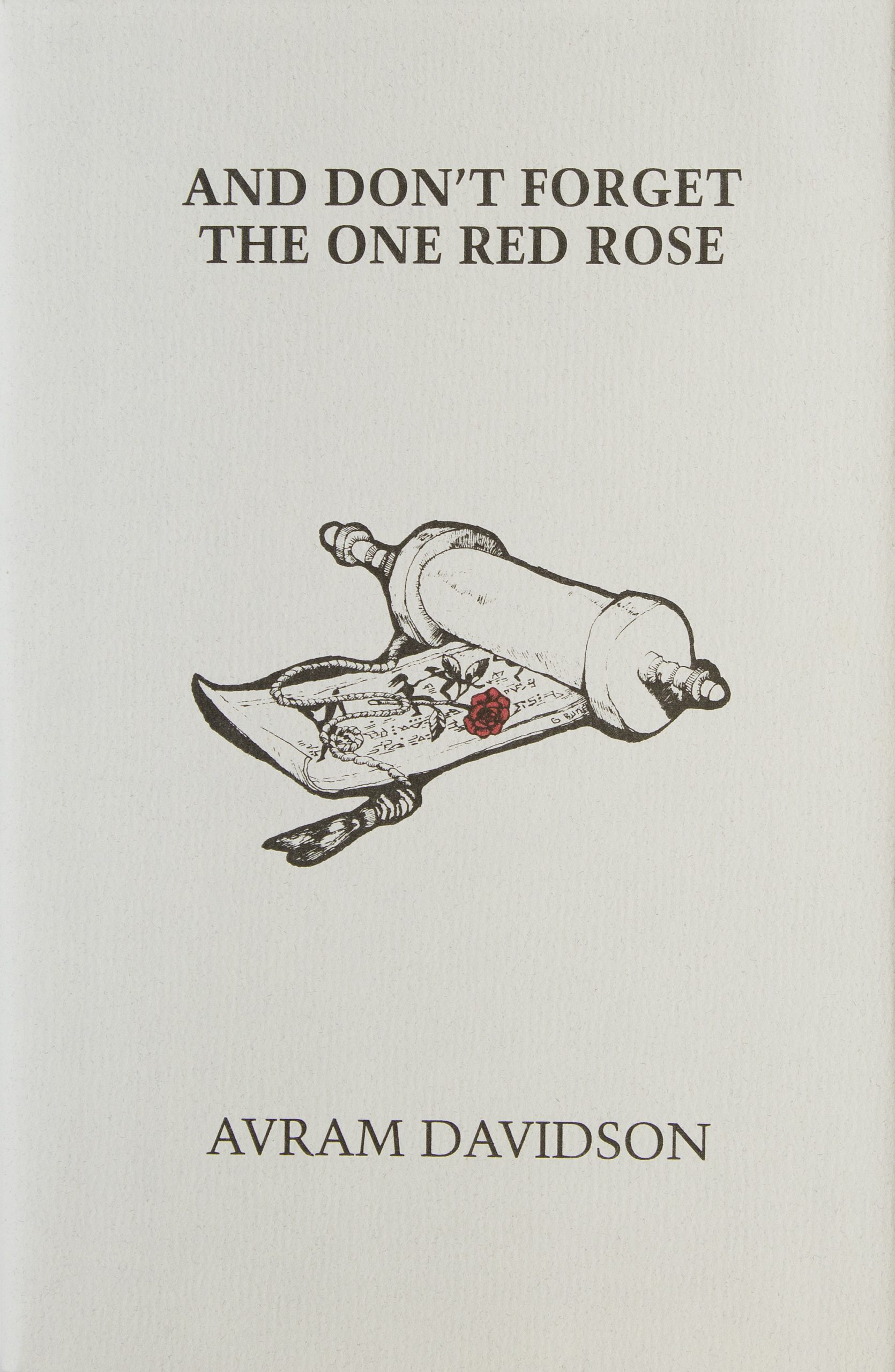 Avram Davidson (1923–93) is an American master of the short story who remains, twenty-five years after his death, almost unknown inside and outside the world of science fiction. The best of his short fiction was collected in The Avram Davidson Treasury (1998). His nonfiction, some of it collected in Adventures in Unhistory (1993), is like no one else’s: digressions and narrative zigzags abound.

And Don’t Forget the One Red Rose is a story of an immigrant bookseller with very unusual books (and even more unusual prices), first published in Playboy in 1975.