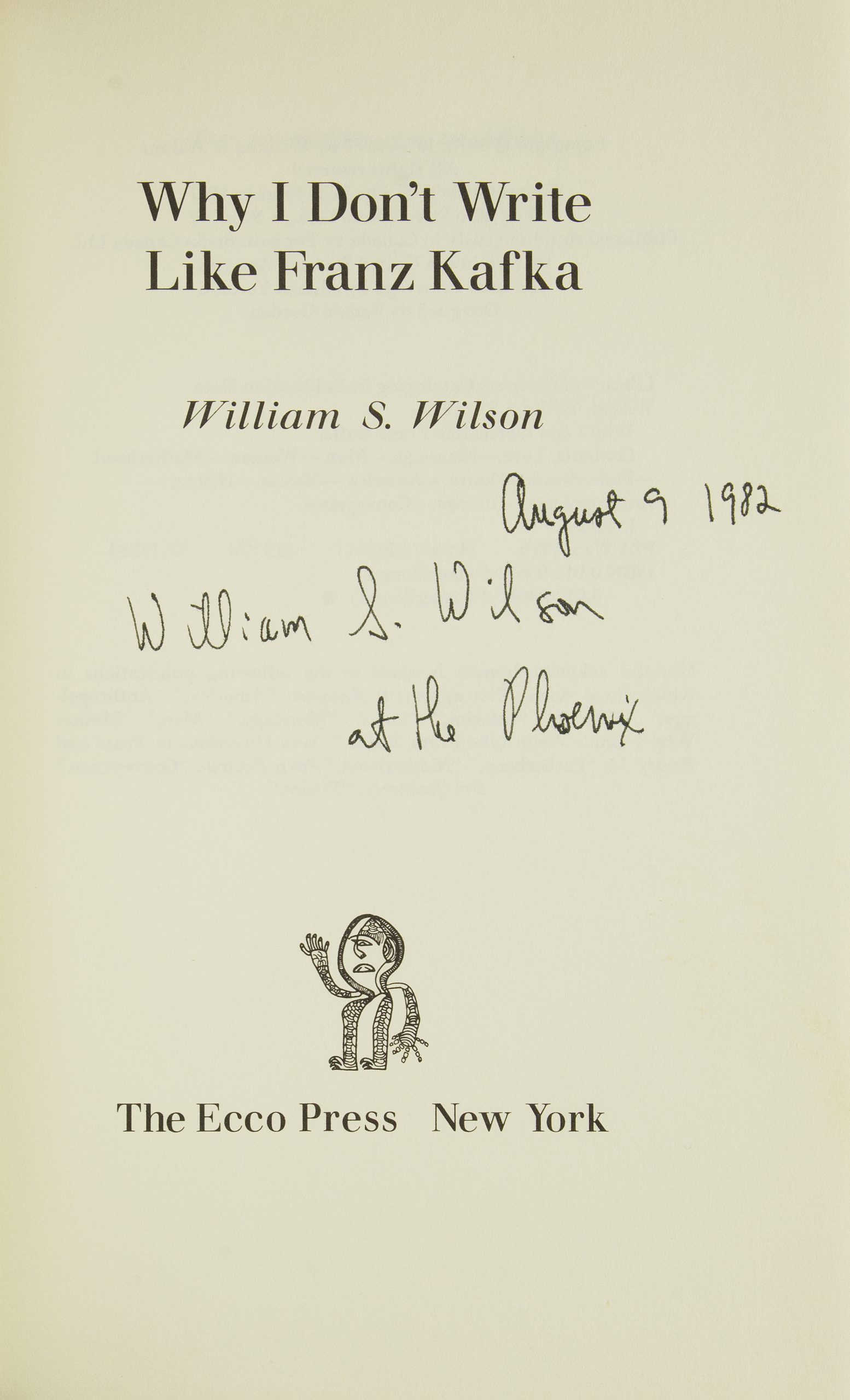 I met William S. Wilson (1932–2016), interpreter of the work of artist Ray Johnson, during the one semester he taught at Columbia, and we remained lifelong friends. I valued his clear thinking about the import of words, and nowhere is his clarity more apparent than in the stories that comprise Why I Don’t Write Like Franz Kafka. The science in Wilson’s stories is often medical. The vocabulary is almost clinical, but as in J. G. Ballard and Michael Blumlein, Wilson’s is not a sterile jargon but creative and rich in ambiguity: it is language in action.

Signed by the author on the title page, “August 9 1982 William S. Wilson at the Phoenix.”