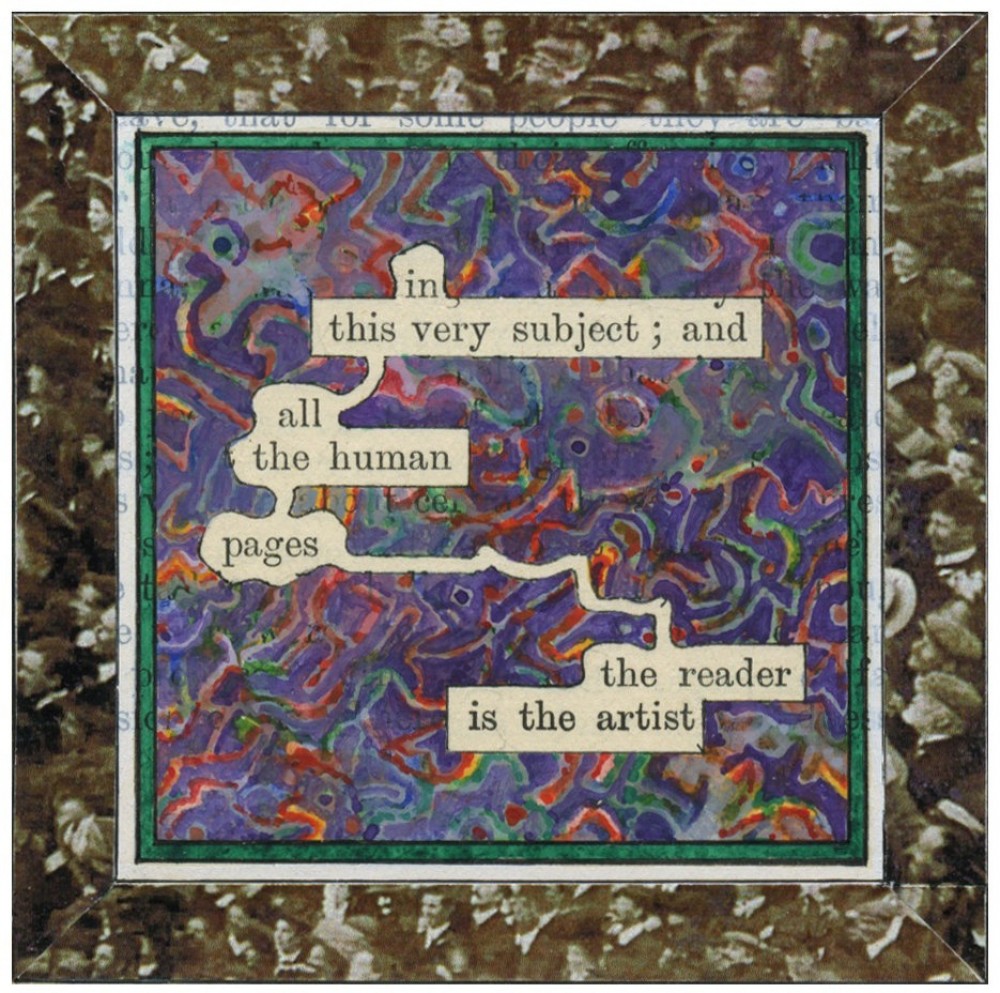 In 1966, artist Tom Phillips found a second-hand book for threepence and altered every page by painting, collage, and cut-up techniques, to create an entirely new version. The book he found was a Victorian obscurity, A Human Document by W.H. Mallock (1892), and Phillips transformed it into A Humument, first published serially in the 1970s and as a bound book in 1980. A Humument continued to evolve: the sixth or “Final” edition was issued in 2016.

This image was published as the back cover illustration to Tom Phillips’ Readers Vintage People on Photo Postcards (Bodleian Library, 2010).

Brian Eno wrote, “I first met Tom Phillips at Ipswich Art School in 1964. I was a 16-year-old student and he was one of my tutors.” In 1978, Eno produced the opera Irma, adapted by composer Gavin Byars from A Humument.