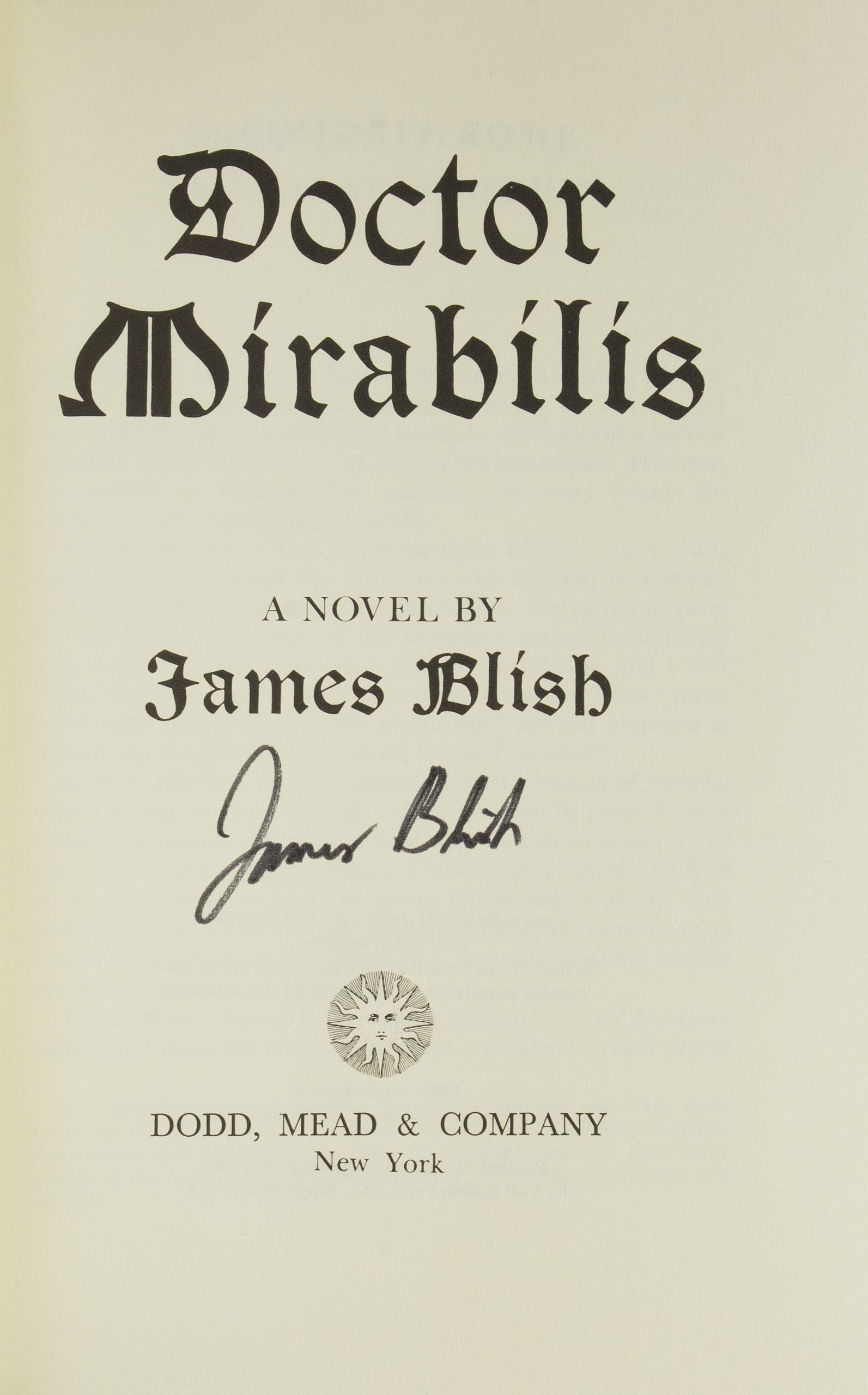 “These were words of power.”

Doctor Mirabilis is a science fiction novel of the history of science, a fictional study of Roger Bacon, the thirteenth-century English monk, scientist, and philosopher. James Blish (1921-1975), author and critic, was interested in Bacon as the originator of the scientific way of thinking, which Blish called “the theory of theories as tools.” Blish’s visionary approach and the discovery that Bacon makes at the heart of the book (deciphering the dream-encoded formula for black powder) embody the notion of conceptual breakthrough central to science fiction.

Signed by the author on the title page.