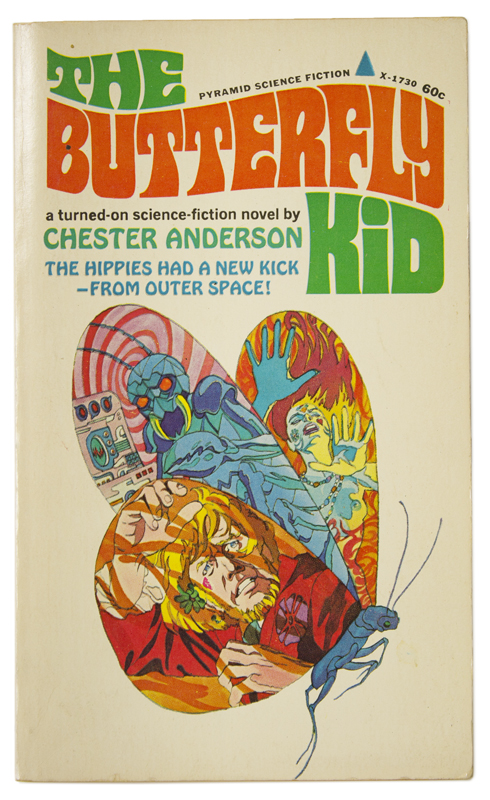 Small book, big ripples: Chester Anderson used the $300 advance from his science fiction novel The Butterfly Kid to buy a Gestetner printing machine and set himself up as printer to the Diggers and the Summer of Love. In “Slouching Towards Bethlehem,” Joan Didion chronicled her search for “the Connection” in San Francisco in 1967: Anderson was the figure of mystery whom Didion sought but never found.

The Butterfly Kid is a novel of alien invaders distributing a new drug that can alter reality. It also, as Eileen Gunn observed, “tells the unvarnished truth about what it was like to be a 34-year-old hipster trapped in hippie New York with the Fugs in 1966!