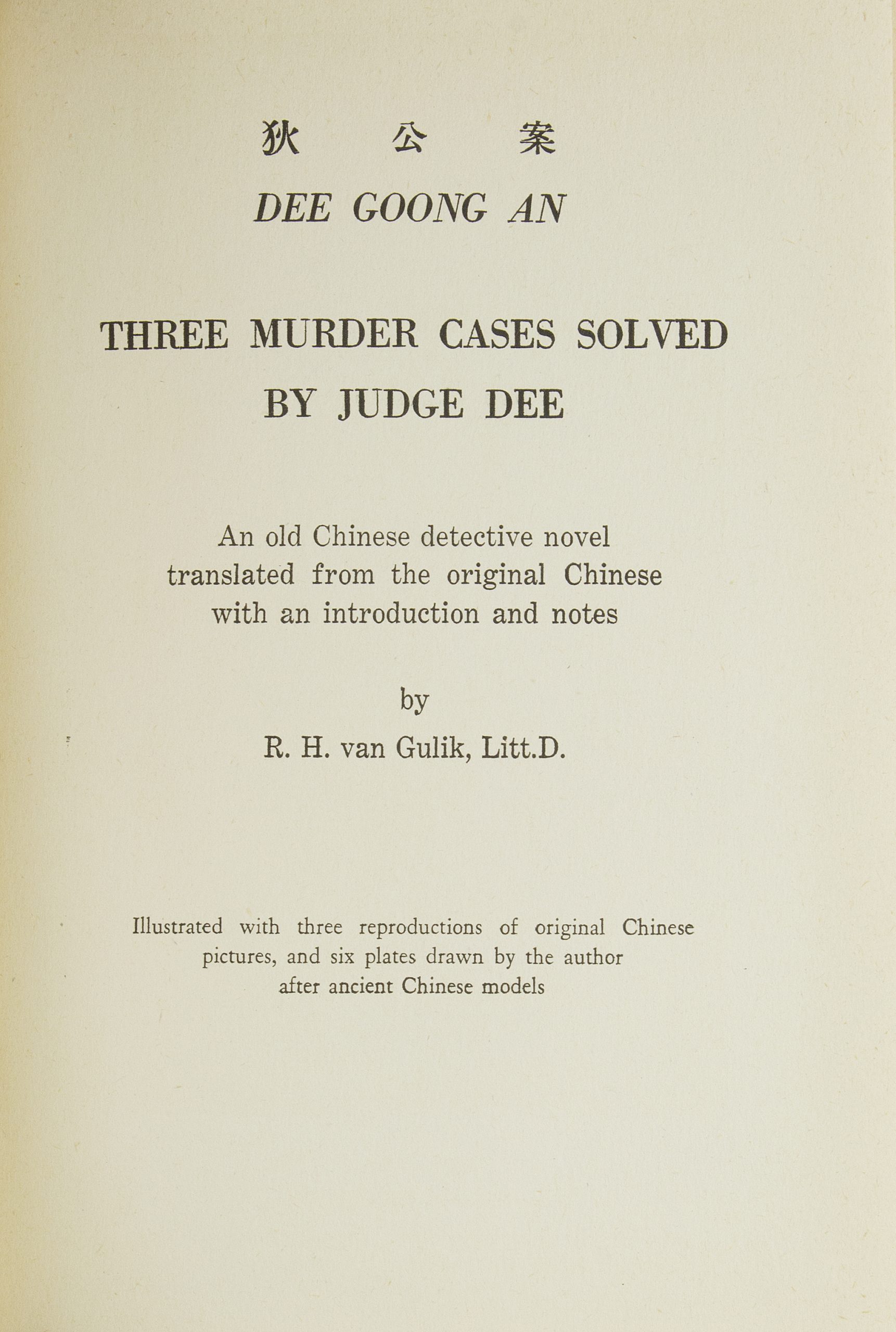 R. H. van Gulik (1910–67), Dutch diplomat and sinologist, also wrote a series of detective novels set in China of the Tang dynasty (eighth century CE). His scholarly knowledge enriched plots adapted from earlier Chinese sources, including incidents of possible supernatural origin. I include van Gulik’s Judge Dee novels among the literature of the fantastic because of his rigorous creation of an ancient China, and for his connection with Tony Boucher.

This copy was inscribed to author and critic Anthony Boucher by van Gulik when he was posted to Kuala Lumpur.