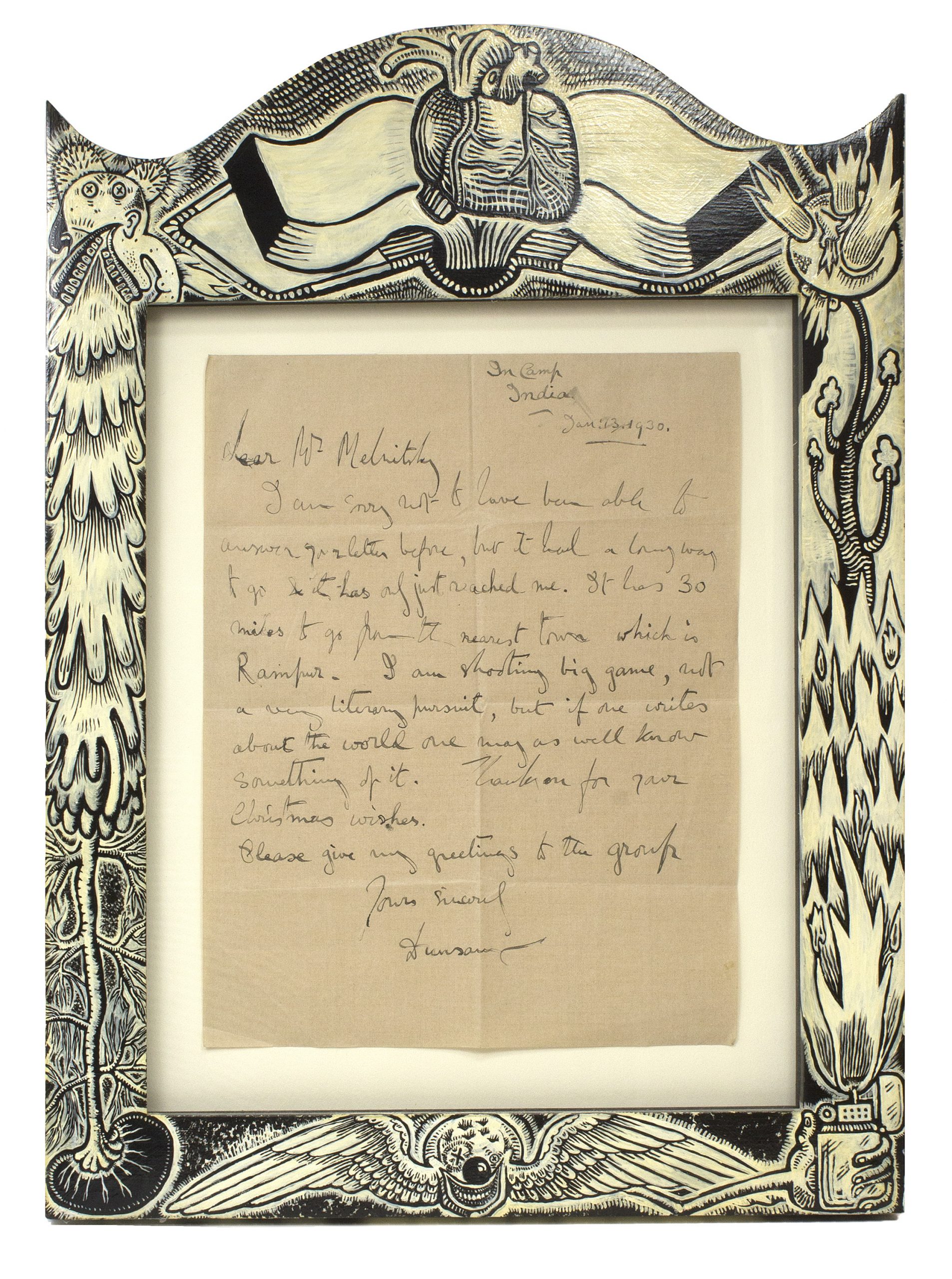 “I am shooting big game, not a very literary pursuit, but if one writes about the world, one may as well see something of it.”

This letter, written somewhere in India, evokes for me Dunsany’s tall tales of Joseph Jorkens at the Billiards Club, which often involve travel in remote areas.

H. P. Lovecraft’s praise of Dunsany’s work and Lin Carter’s paperback editions of Dunsany in the 1970s ensured that subsequent generations of American readers of fantasy and horror revered him.