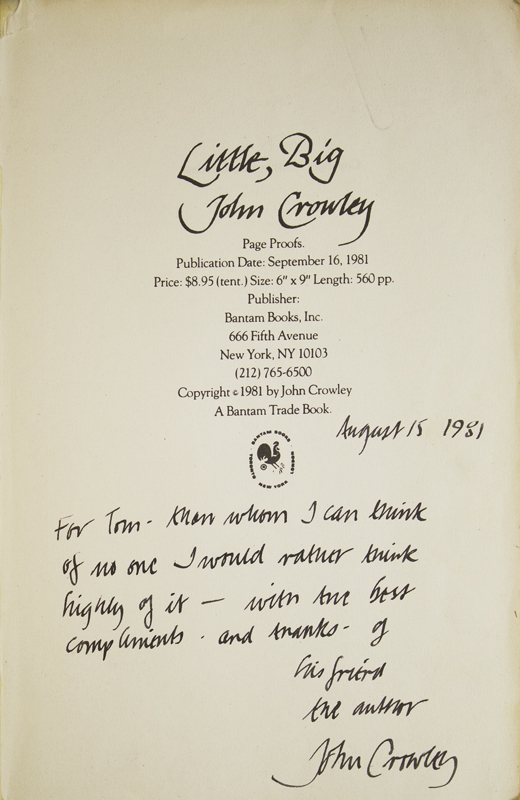 An unexpected pleasure while writing A Conversation larger than the Universe was when my friend John Crowley agreed to write a foreword for the book. “A Hatful of Adjectives for Henry Wessells” is playful and will delight all who read it. The foreword also contains a sentence of rare power and insight crossing centuries from Hamlet to Lewis Carroll’s Alice and Crowley’s own masterpiece, Little, Big.

My friendship with John is rooted in books (no surprise, there). In early 2001, I wrote a piece on Little, Big for David Hartwell, “Appraisal at Edgewood”. When it appeared in my collection of short stories, Another green world (2003), I sent a copy to John. We would see each other at Readercon, and so on. Temporary Culture even proposed to publish Endless Things when it was in the wilderness but John sagely remarked he was seeking a wider distribution for the novel. I first met Gavin Grant and Kelly Link when Kelly read from Stranger Things Happen at the KGB Fantastic Fiction reading series. When Small Beer announced publication of Endless Things, Gavin suggested a small edition binding for presentation copies. I was happy to participate. 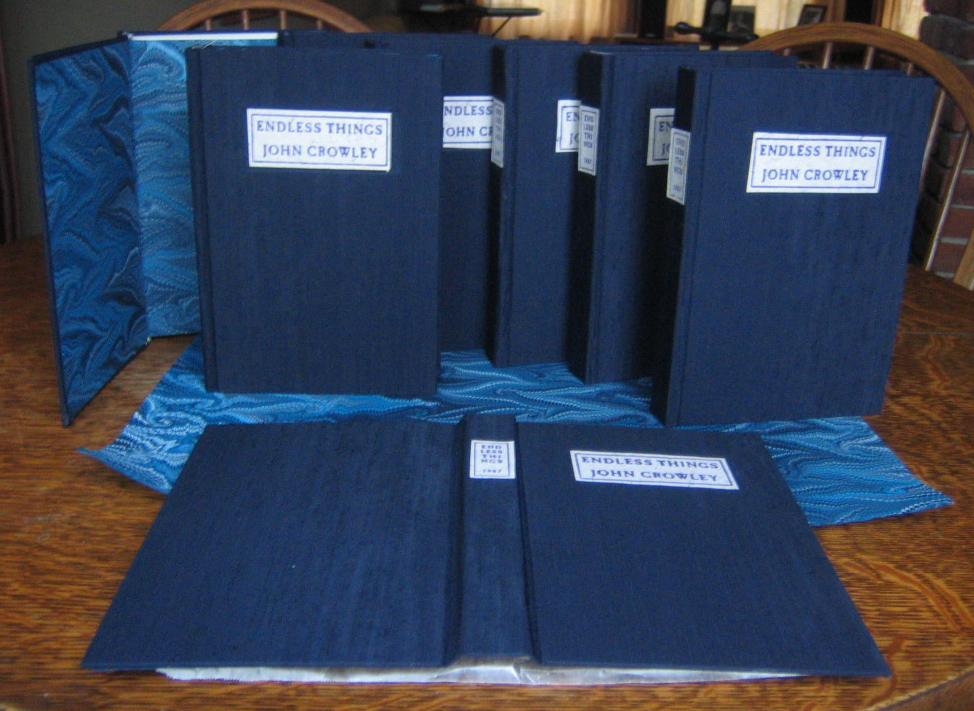 Of course Gavin remembered this during his preparations for publication of John’s version of The Chemical Wedding and so a single specially bound copy was commissioned for a patron of the edition. What fun! 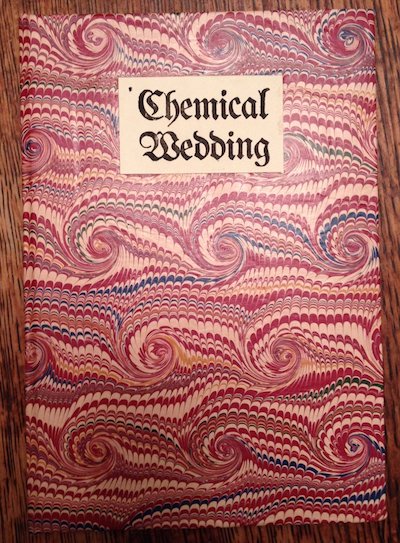 The Chemical Wedding by Christian Rosencreutz. A Romance in Eight Days. One copy, for Small Beer Press, 2016.

Given this long entanglement, how could I resist the challenge of creating an edition binding for the signed copies of And Go Like This? When he first saw the bindings, Gavin wrote to say “the waves in the world are the waves in the words”. I am honored to be part of such a fine book.

And Go Like This. Edition of 26 copies for Small Beer Press, November 2019.

The binding on the subscriber copies of A Conversation larger than the Universe was simple by design, handsomely executed by Trevor Rutherford with a hand printed label from the press of Jerry Kelly. John Crowley and I signed them one fine March morning in 2018. A few copies are still available. 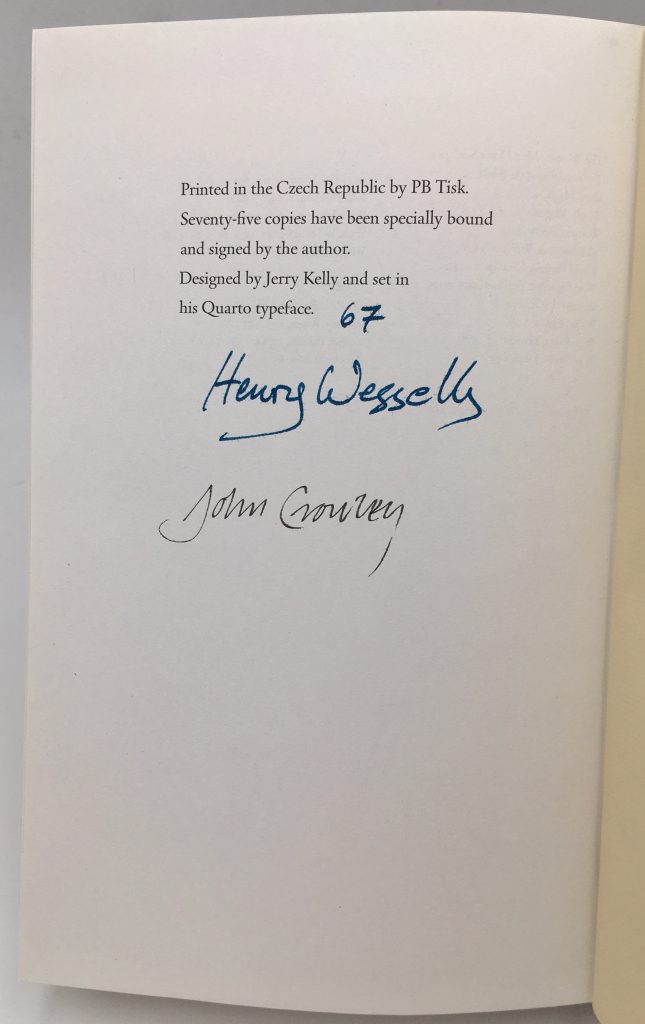 And there are plenty of copies of the regular edition of A Conversation larger than the Universe In addition to the “Hatfulnof Adjectives”, there is an entire chapter devoted to Little, Big.