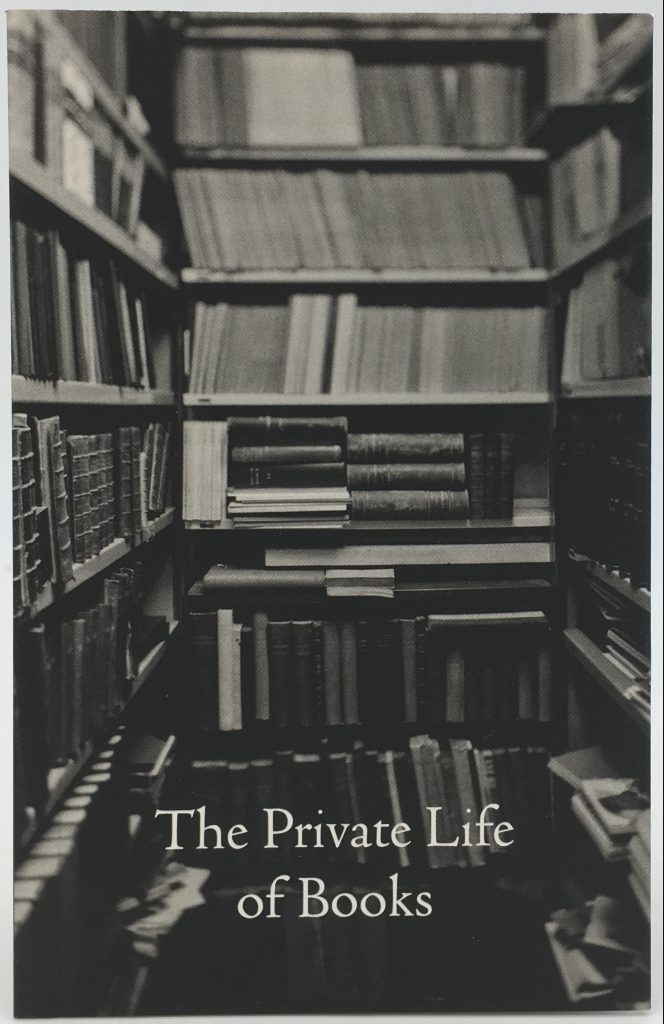 Temporary Culture is pleased to announce the publication of a new edition of The Private Life of Books, containing poems by Henry Wessells on reading, memory, and other topics. The photographs by Paul Schütze document the Berkeley Square shop of London booksellers Maggs Bros. (they have since moved to Bedford Square). The Private Life was originally published as an artist book in September 2014, and the title poem features as the concluding voiceover in D.W. Young’s documentary, The Booksellers. Designed by Jerry Kelly, this beautifully printed small format edition is, as Mark Valentine observes, “suitable for a gentleman-scholar’s waistcoat pocket, for consultation upon occasion, or for the reticules of learned ladies.”

Temporary Culture started as a photocopy ’zine in the summer of 1988. The sumac and fingerprint logo was adapted from a blockprint by A. Wessells and used as stickers produced for the seventh issue (1992). The publishing activities of Temporary Culture have always been connected to the literature of the fantastic and have included web content since 1995 (starting with the Avram Davidson website). The Temporary Culture website includes a visual record of A Conversation larger than the Universe, the first ever science fiction exhibition at the Grolier Club in New York City.